Skip to content
Photography… what’s biosecurity got to do with it?

Photography… what’s biosecurity got to do with it?

It’s Springtime and, in some places, canola crops are coming into flower in all their spectacular glory. Inevitably, people stop to take photos because those endless fields of almost iridescent yellow are amazing. As such, it’s timely to be reminded about biosecurity. 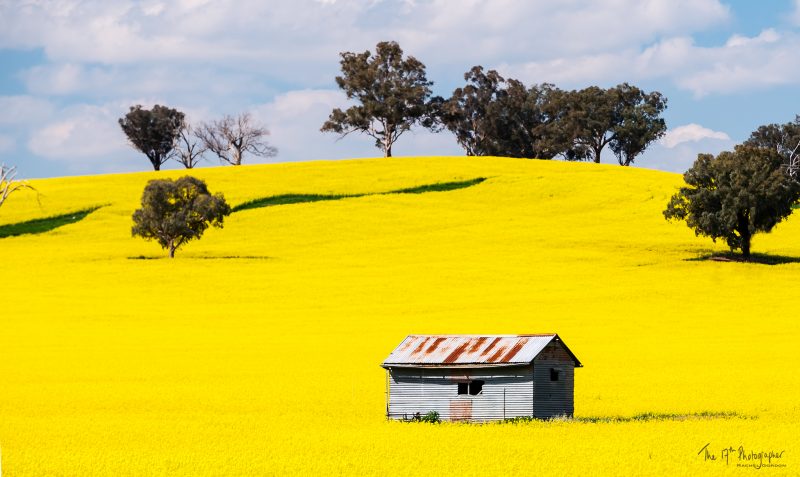 Don’t let your desire for a photo overtake the importance of biosecurity.

So, first of all, what is biosecurity, and what has it got to do with photography?

For example, when I was employed in farm biosecurity, I explained the risk you are managing is the chance of unwanted pests, diseases, or weeds entering your property, establishing, and spreading.

As our world gets smaller, people are becoming aware of the importance of biosecurity in protecting our food and fibre industries, and also our way of life.

What’s biosecurity got to do with photography?

Unless we are purely using a studio, we often travel to locations. This year I’ve travelled over 9000kms for one client alone (and no, that wasn’t in a plane!) and been on multiple farms. As a visitor, it is my responsibility to ensure that my vehicle is clean, my equipment is clean, and I stick to the designated roads on property. It’s also my responsibility to ensure I don’t bring anything back into my own district, and onto my own farm, from somewhere else.

Be aware of seeds and/or insects that might be hitching a ride on your shoes or clothing.

Been travelling overseas? How clean are your shoes? What have you accidentally brought back with you?

Landscape photographers travel to incredible destinations to get the photograph they are after, and it is important to keep biosecurity in mind. Again, where have you been, and where are you going?

Diseases such as myrtle rust (exotic to Australia until 2010) can be spread easily via:

It affects trees and shrubs in the Myrtaceae family of plants, which include many of our Australian natives such as bottle brush and eucalyptus. The disease causes deformation, defoliation, dieback, and death of the plant.

Use common sense, and common courtesy, when out and about. It is not OK to wander into someone’s farm on the side of the road to take a photograph. Aside from the fact that you are trespassing, if you are carrying any weed seeds or other pathogens on you, your five minutes of “…just getting a quick photo…” could have devastating consequences for the farmer, their neighbours, and the entire community.

Being an island, Australia is lucky enough to remain free of many pests and diseases that other countries unfortunately have. We are free from diseases such as Foot and Mouth Disease (FMD), and African Swine Fever (ASF). These diseases will have a serious, ongoing impact on our livestock industries if they entered and established in our country.

Whether you work specifically in agriculture, or spend most of your days in the city, biosecurity is still everyone’s responsibility.

If you see something unusual, report it. Be aware of where you have been, and what you might be inadvertently taking there or bringing back.

Put the following hotlines in your phone. If you see anything unusual, report it. Your phone call could be the difference between an incursion being contained, or becoming widespread and unstoppable: